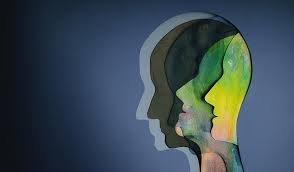 Dear Readers, Mental illness is a common issue in today’s vastly changing world. Increase in affected people with depressions, influence of Alcohol and drugs substance, pressure at job, disturbed & lack of confidence in social & family life, financial burden or mental illness are the main key trigger points of increasing personality disorders or a person become lunatic. So, let’s know more about how to identify personality disorder and what can be the treatments

Lunatic person shows primary symptoms like in-constant, immediate swing in mood, fustigating and confusing behavior with family, loved ones or during social appearance.

There are various types of Mental Disorders classified as below

What Are Symptoms of Personality Disorders?
Symptoms of a personality disorder usually develop & show up over time and can be from mild to severe include few mentioned below

Below are Specific symptoms of individual personality disorders:

This included behavior which shows distrust and suspiciousness of others and interpretation of motives as unkind, thoughts of people will harm or deceive them, refusal to confide in others or become close to them.

Social relationship detachment, restricted range of expression of emotions with others, not seeking close relationships, chooses to be alone, does not seem to care about praise or criticism from others
Schizotypal personality disorder: Social and interpersonal deficits marked by acute discomfort with, and reduced capacity for, close relationships, as well as by cognitive or perceptual distortions, eccentric behavior, peculiar behavior or speech, excessive social anxiety, owning different beliefs than a normal person.

instability in interpersonal relationships, poor self-image, intense emotions, poor impulse control, inappropriate intense anger, feelings of emptiness, suicide attempts. If you or someone you know are in crisis, you can immediately call nearest healthcare or social care / Social NOG’s call center which will be available 24 hours a day, 7 days a week.

rapidly shifting or exaggerated emotions, attention seeking, discomfort when not the center of attention.

grandiosity or staying in own world of fantasy, need for admiration, sense of entitlement, takes advantage of others, and lack of empathy.

social inhibition, extreme shyness, feelings of inadequacy, hypersensitive to criticism, unwilling to become involved with others unless they are certain they will be liked, preoccupation with being rejected, seeing themselves as not good enough.

feelings of inadequacy, inability to make their own decisions, submissiveness, clingy behavior, need to be taken care of, avoidance of confrontation for fear of losing source of support, difficulty making daily decisions without reassurance

Self-thinking of perfectionism, order and control, at the expense of flexibility, openness, and efficiency; excessive focus on details, works excessively without allowing time for leisure, inflexibility in values and morality.

What are the Causes of Personality Disorders?
Personality disorders can be caused by:

How Are Personality Disorders Diagnosed? or how to identify personality disorder?
Personality disorder can be diagnosed thoughts, displays of emotion, impulsiveness, and interpersonal behavior. Personality disorders are diagnosed by mental health professionals and are generally not diagnosed until a person is over age 18, because personalities are still developing. But in some cases, we can see in kids, an abnormal behavior found due to lack of brain development or trauma symptoms are shown such as obsessive behavior, Lack of Concentration and child’s play, Difficulty in speaking etc.

The Diagnostic and Statistical Manual of Mental Disorders (DSM-5) shows the specific criteria of patients with such disorders which included:

An enduring pattern of inner experience and behavior that deviates a pattern which is manifested in the following areas:
Cognition (i.e., ways of perceiving and interpreting self, other people, and events)
Affectivity (i.e., the range, intensity, lability, and appropriateness of emotional response)
Interpersonal functioning
Impulse control

inflexible and pervasive across a broad range of personal and social situations.

Clinically significant distress or impairment in social, occupational, or other important areas of functioning.
adolescence or early adulthood.
a manifestation or consequence of another mental disorder.
physiological effects of a substance (e.g., a drug of abuse, a medication) or another medical condition (e.g., head trauma etc.).

The DSM-5 also includes different diagnostic criteria for each of the individual personality disorders.

A person’s mental illness may harm to himself as well as to society who is directly or indirectly connected with him.

Mental health is a must watched thing because this can lead serious threat to the patient as well as the others who are connected with him. also, an on-time treatment helps a patient to recover the condition in early stage before it become Sevier.

We hope now you are aware about how to identify personality disorder and the necessary precautions and treatments to be done, thanks for visiting us.

No comments to show.