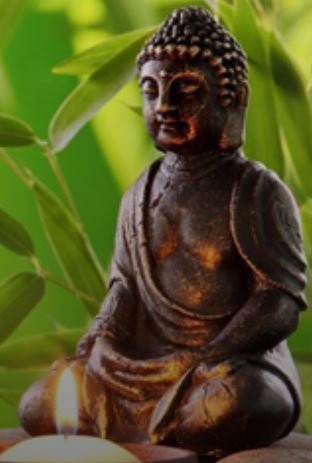 Dear Readers, Hope you all doing Great ! Zen Meditation is popular in Japan as well as in China and other Asian Countries, it’s similar to “Dhyana” Meditation a unique Indian Ancient Hindu spiritual methodology.

it emphasize on spirituality and mindful life practices, shown by a Buddhist monk called “Bodhisattva”.

Zen follower enhances a peaceful feeling through meditation and finds happiness and a healthy lifestyle.

the process of Zen given as follows

Zen creates a natural state of actual realization. which, helps our mind to concentrate. It helps a person to forget all the previous thoughts and make actual realize of life goals ZAZEN called the state when a person becomes a thoughtless and neutral state.

Sanzen talk guidance between Zen master & follower sharing process of their knowledge, to realize the importance of ZEN Lifestyle and knowing the process to find the SATORI (“Samadhi” or state of concentration)

Koan means teaching method Zen Masters, use to shares the knowledge and good thoughts with their students in the form of Puzzle and stories.

Satori called a state of Concentration, also called a “Samadhi” state where a Zen student fully concentrates his mind through meditation.

What happens after Zen?

what’s the importance of Zen?

Monk Smiled, he had a bag on his shoulder which he keeps down on the ground.

Follower again asked to, What we get after Zen?

Monk again put up the Bag on his shoulder and started walking.

the meaning of this story that We stuck in our day to day life problems, which decreases our productivity and happiness. And hence as per Monk we should empty our mind full of negative thoughts load and start Zen meditation or “Dhyana”, and again after zen, we shall continue our life filled with positive zen energy and solve our life problems more effectively.

And when we start following the Zen and found the Satori, where one can gain energy and start living our life with happiness.

Zen’s teaching helps a Zen follower to the actual realization of himself, helps him to meditate & gains the potentials inside him.

A peaceful experience & along energy helps him start his life again with inner happiness.

Also the Zen stories contains how to deal with difficult students

One day a Person came to Zen School and ask the Zen Master to teach him Zen.

The Master looks at him with a Smiled and started pouring the tea in an empty cup till the cup overflows, but still, the Monk was pouring tea in that cup.

The person immediately asks the monk to stop pouring the tea because it is already full.

Monk smiled and replied to him that alike this every Zen student has to first empty his mind thoughts and start afresh.

One day a Zen Student came to a Zen School, he meets with the Zen monk. He told the Monk that.

he is in a peace & Zen knowledge, but he hasn’t received the right teacher who successfully helps him to find inner peace.

Zen monk smiled, and said to him, then the student made another question.

How you are dealing with the outsider people who come to school and troubles Zen learners.

Zen monk again Smiled and start working what he was doing earlier,

but Monk didn’t attention towards him, the student repeated the same question but he gets no reply from the Monk,

now the student becomes angry, he started walking from the place claiming to go to another Zen School,

When the student went, the monk smiled and exclaimed ” That’s how we deal with Troubling Unwanted Peoples”.

Like above the Zen, culture contains such interesting stories showing the wise thinking & philosophy.

How to Begin Zen Meditation?

Zen, “Chan” or “Dhyana” begins with a simple method, Sitting comfortable in “Dhyana” Position, Breath naturally through your nose, Concentrate on Your Breathing. and continue it till you find a relaxing state.

Hope you understand the Zen Meditation and know more about it and practically implement it in your day to day life to find your happiness.